How To Ask For And Get Referrals 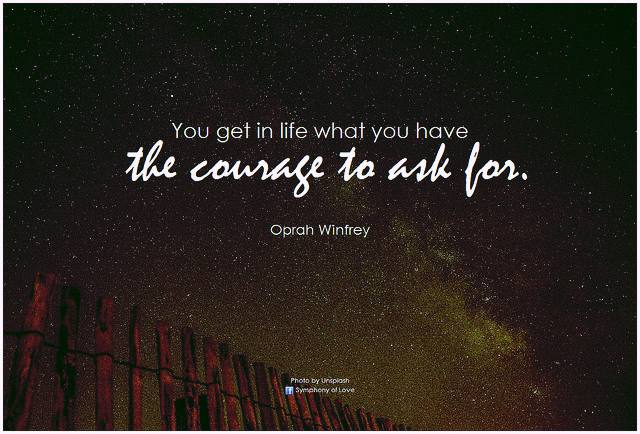 Referrals are like money in the bank because they drop in your lap, often unexpectedly. Although each referral represents a real estate client you don’t have to find, asking for referrals from current and past clients is a bit of an art. If you don’t ask, however, you’ll never know how many referrals you can actually get over time. It’s worth doing, believe me.

The most obvious client to ask for referrals is the one whose house you just sold were the one who just closed on buying. That’s when their likeliest to be happiest with you, it’s also time when there really busy. I suggest waiting a week or two at least before you ask them for referral.

Next, go back through your clients since you began the real estate business. Make a list with sums sort of note that reminds you what they bought or sold. At the telephone number their address and their email address. Now just make a plan to call for five of these people every week.

Finally go through the people you’ve been in contact with about real estate over the last six months or year. This includes walk-ins when you are on the floor, people who contacted you but never did anything. And in general anyone you can think of that you’ve had even a conversation with about real estate. Make a list of these people to particularly those who you know you’ve been of some service to. This may turn out to be a list of potential clients you want to call rather than a list to ask referrals from – either works.

How to ask for referrals

The simplest way to ask for referrals is to call your client and say something like this:

“Hi this is Jane Smith. I was a real estate agent that helped you sell your home six months ago. I know we haven’t talked since but I wonder if You know anyone who’s also looking for a home now?”

Now just shut up and wait for them to respond. You don’t need to explain more in till they say something. You need to answer their questions quickly and truthfully. If they sound unwilling, don’t worry just let them go, with the thanks for their time of course.

Usually their response will be something like “Gee, I don’t know anyone who’s thinking of buying or selling right now.” Depending on how brave you feel you can either just ask them to keep you in mind or you can joke with them a bit saying something like “I know the feeling” in a semi-desperate sounding voice and laugh. Humor often helps extend the conversation. And the truth is, almost every adult who owns a home knows another adult who is thinking of buying or selling one. You just have to develop enough rapport so they will remember and be willing to give up some information.

If despite your best efforts they still deny knowing someone who’s interested in buying or selling thank him for their time make sure they have your phone number and move on.

A few will say something like. “My best friend Mary is thinking about selling her home.”

Here you want to approach cautiously with the respect towards everyone’s privacy privacy. Politely ask,  “Would you be willing to introduce us?”

If you’re lucky the person you’re talking with will suggest setting up a coffee date  and you’ll get a personal introduction to someone who is thinking about selling her home.  It does happen, but only if you’re regularly asking for referrals.

More often the person you’re talking to will say something like, “I’ll be sure to mention your name to Mary when we talk next.”

Chances are they won’t remember or don’t even intend to. Your goal is now to gently ask them if they’d be willing to give you their friends contact information so you could give them a quick call to offer to be of service.  Often the answer will be yes, and you’re on your way. If they won’t tell you the phone number, don’t push. Politely disengage, making sure they can call you anytime they even have a question about real estate.

Why does this work?

The reason it works to ask for referrals is because people love to help. If you’ve done a decent job for the client you are asking, they want to help both you and any friend they have who is thinking about buying or selling real estate.

If you don’t ask you’ll never discover who will give you referral and who won’t. Put your list together and over the next several months to call say five people a week to ask for a referral. I predict you’ll be pleasantly surprised.

Tell us your war stories about asking for referrals and comments.