The Power of a Simple “Hello” 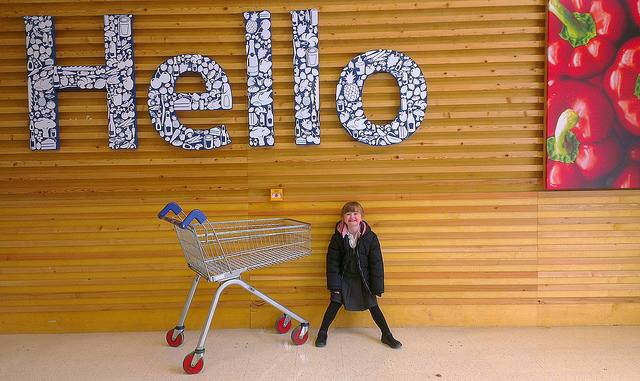 Image by Alison Benbow under 2.0onsCCreati

Obviously you want to be well known in your community. Ideally when people think of real estate agent in the neighborhood where you work they will think of you. How well you are known and how well you are liked is really up to you.

Years ago, after I’d been in a new area for several months, someone asked me how I had gotten to know a particular community of folks who had a reputation of being closed to outsiders. I hadn’t realized this particular group tended to isolate until after I’d gotten to know several of them. I also hadn’t realized that getting to know this group was perceived by others as being difficult. So when I was asked a question about how I got to know them it took me a while to figure out what it probably happened.

I realized that all I had done was when I met one of these people on the street was to simply say”Hello.” I can remember one man being fairly startled or so it seemed to me but he said hello back. It wasn’t long before we had occasion to have a brief conversation over of all things sanding a boat.

I hadn’t thought of it before, but saying ‘hello’ is powerful! It opens doors and creates opportunities. Saying hello has led me to all sorts of interesting people. I said hello to a library clerk, and I mean I actually stopped checking out books, looked him in the eye and literally said “hello” right in the middle of our transaction. That led to subsequent conversations and soon I was involved reading a book he recommended and helping put on a music show he helped put on for the community.

I’ve rushed into the store to do something in a hurry and realized how rude I was being to the clerk and just stopped, apologized for rushing and said, “hello how’s your day going?” Usually the clerk also stops, looking a bit surprised meets my eyes and greets me in a personal way.

What if you’re shy

I don’t really know what it’s like to be shy. I do have a girlfriend who tells me she shy. She once asked me to stop saying hello to strangers at a farmers market we were attending together. She told me she certain just couldn’t stand the idea of meeting one more unfamiliar person that afternoon.

I do know that I’ve said hello to people who appear shy and sometimes I’m sort of brushed off. And all admit that my overtures have been rebuffed once in a while. For the most part, however, people are at least willing to nod as they pass by. Even some of the shy ones will meet my eyes briefly and ducking their head a bit return my greeting.

I don’t expect every hello I say to result in a friendship or lead to a volunteer opportunity or any other interaction at all. Perhaps that’s part of my secret, if I have one. When I say hello to a stranger that’s my total agenda.

I think most people enjoy being acknowledged one way or another in a simple hello is a really good way to do just that.

In the real estate business

I do remember that the comfort I felt when greeting the potential client while I was on the floor, or meeting someone for the first time almost anywhere was easy for me. My ability to simply say hello has stood me in good stead both in the real estate business and in the rest of my life.

If you don’t habitually say hello when you see someone new I suggest you start trying it. If they don’t respond to worry about it. That says more about them than you.

Try saying hello to three strangers every day for a week and see what happens. My hunch is you’ll have fun, meet at least one interesting person, and maybe even find a client.

Give it a try and come back and tell us what happened.